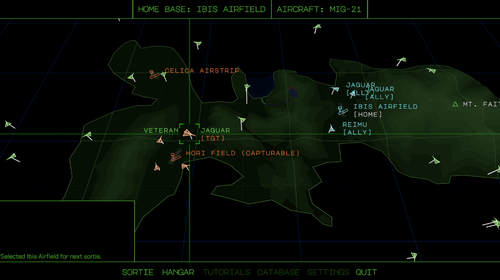 Hello again, it's time for another demo day build! This demo period, most of the work was spent on behind the scenes functionality and the map. Going forward, this will allow for much more robust map design in terms of enemies, and builds towards more longer-term gameplay as the map evolves between sorties.

Major new features for this release:

There’s many, many more changes beyond that, but these are the most important ones. A full changelog can be found below.

Thank you all for the support, it’s been invaluable in keeping this project going. If you want to leave feedback or discuss the project in general, feel free to join the Discord server.