This page is preserved only for history's sake. The current version of the game can be found on Steam

⚠ This version of the game is very old, UNSUPPORTED, and very different from where the game is now! ⚠

Tiny Combat Arena is a mechanics heavy playground for fixed wing aircraft from a different time. There are many weapons to find and experiment with, and planes to discover. The weapons and flight modeling are at a sim-lite level, inspired by real life, but not meant to be a 1:1 recreation of it. It is realistic enough that the real mechanics and tactics are in play, such as the concept of running a missile out of energy, but streamlined such that it's a more accessible and fun experience than a hardcore flight simulator.

This is still in a very early stage. Many mechanics, such as the flight model, weapons, menus, and methods for unlocking remain to be done. It's currently in a state where the foundation is being built out. I intend to keep this page updated as major updates are made available.

This walkthrough assumes you are using the default mouse and keyboard controls. To see the equivalent controls for the gamepad and joystick, see the controls table below.

The game starts out in the map screen. Using the map movement keys (WASD) and scroll wheel on the mouse, you can pan around the map to get an idea of your surroundings and where enemies might be. Right mouse button can also be used to pan around the map by clicking and dragging.

Before you can take off, you must first select an airbase. Click the runway in the center of the island to select the Ibis Airfield. By clicking on the hangar, you can change which plane you start with.

Once you're satisfied with your selection, click the [SORTIE] button to start your mission!

Once the mission has started, you'll be placed onto the selected airbase with a clean jet.  To load weapons onto the plane, press Loadout key (L). In the loadout  screen, clicking on different hardpoints will allow you to load different weapons onto your plane. Check the description to see what each missile is designed for.

To stay versatile, it's best to load up with a mix of 2 air to ground, and 4 air to air missiles. Each weapon displays a small description when hovered over.

Align yourself with the runway, increase throttle to maximum and start your takeoff roll. Look up into the sky in front of you and the plane will automatically pull up and take off when able. After leaving the ground, retract your landing gear (G).

Be careful not to pitch up too much, particularly in the MiG-21, as you risk a tail strike, damaging or destroying your plane.

When flying, you can look around without turning the plane using free look (C).

Scattered around the map are aircraft and gunboats. Either fly towards them and gun them down (Left Mouse), or destroy them using missiles. (Right Mouse). Keep in mind that you only have as many missiles as you can see on your plane.

Enemy aircraft come in three different skill levels. Rookie, Veteran, and Ace. Rookies are the easiest to shoot down, while Ace pilots will put up a fight, drop flares to evade missiles, and are deadly accurate with their cannons.

Likewise, beware the Super Gunboats. There are only a handful of them, and they can be killed easily from a distance, but they sport much more accurate cannons and are far more deadly than the average Gunboat.

A couple named aces spawn around the map. These pilots will be tougher than the unnamed aces and appear as priority targets (orange, with [TGT] text). When destroyed, they do not respawn.

Enemies can be targeted using the sensors on your plane. Whenever an enemy enters a certain distance, they are automatically detected by your "eyes" and have colored markers drawn on them. Targets detected at a distance by radar will have a monochromatic dot (friendly) or bar (enemy) drawn over them. Keep in mind that not all aircraft have a radar. In this build, only the MiG-21 and F-20 have air to air radars.

Target an enemy (R) to get more accurate information on them. Note that when you target an aircraft, the radar can no longer track other aircraft. More advanced radars (not ingame yet) will be able to continue scanning while tracking a target. To unlock an enemy, either press the Unlock button (T) or hold the Target button (R) for a second.

Note that the radar is not required to employ any of the weapons currently in the game. Infrared missile (see below) operate completely independent of radar. For the time being, radar is purely for identifying targets at a distance.

Be aware that different types of weapons are intended only for specific kinds of targets. Check the infocards to see a missile's role.

Important to know is that the missile dynamics here are a bit more complex than your usual game of this type. The range at which you can hit a target will vary dramatically depending on the launch and target parameters. Generally speaking, the higher and faster you are going relative to the target when you launch a missile, the further the missile can travel before it runs out of steam. The AMRAAM section of the prototype video (4:07) has a quick demonstration on this.

Altitude and speed can be the difference between struggling to hit a target 5 miles away, to being able to reach out and touch someone from over 10 miles.

Firing an infrared (IR) guided missile is easy. Select the missile, point at a target, and then when you hear beeping, fire away. The beeping signifies that the missile is currently tracking something and will home into it as soon as it gets off the rail.

Though not required, it's recommended to uncage (V) the missile before firing. This will allow you to see exactly what the seeker is trying to track. When aiming into a group of planes, you might not be tracking what you think you are. Keep in mind that an airplane is easiest to detect from the rear, where its engine is exposed.

Flares (X) can be used by both you and other planes to spoof incoming missiles. They are most effective when the missile is coming from the side or front, so try to take your shots when behind your target. A flare by itself usually won't be enough. Try to turn into the missile so as to hide the heat of your engine.

To get the most out of your IR missiles, it's best to understand the interplay between heat sources and seekers. (This will be covered in a future article.)

Near the Ibis Airfield, you will find an allied F-20. She lazily hangs around the base, but if any enemies wander near, she'll ruthlessly and efficiently shoot them down. If you need help shooting down another plane, you can try leading them back to your airbase. It won't be a fair fight.

Once you have run out of weapons, it's time land and re-arm. To land, align with and fly towards the runway with as little speed as you can (ideally <200 knots). You can slow yourself down in the air using the air brake (B). Lower the landing gear (G). Aim to touch down at the end of the runway closest to you. Once the wheels are on the ground, use the wheel brakes (B) to come to a stop.

If at any point you get stuck on the ground, you can hold down (/) to reset the plane upright on the ground with gear down. You must be stopped for this to work.

After an airfield has been capture, you can land at it to re-arm, and start new sorties from it.

Tiny Combat Arena is built with multiple control schemes in mind. While a control bindings screen is not yet in place, different control options can be selected from the escape menu. The game will try its best to automatically assign controls. If you have a common gamepad or joystick, they should work, however I cannot guarantee that it will work for all systems and combinations.

Keyboard flight controls for pitch/yaw/roll are overrides for the mouse. When these keys are pressed, mouse input is ignored until they are released.

Depending on the control mode used, you will see different cameras. The mouse control scheme uses an orbit camera in which you tell the plane where to fly. The gamepad and joystick controls use a chase camera and direct control over the aircraft.

To see a full changelog, check out the release dev log.

StickyPlease read the FAQ before asking questions
by Why485 · 1 post
16d
StickyWhere is the demo download?
by Why485 · 1 post
34d
StickyTiny Combat Arena is now on Steam and published by MicroProse!
by Why485 · 1 post
34d
how do I download the game?
by Kaden108 · 4 posts
4d
is this going to be available on mac?
by bigbeardjr · 2 posts
5d
how to download the game? :(
by Flame · 2 posts
5d
amazing game cant wait to play it
by bugi171 · 1 post
13d
can you make a Mobile version of Tiny Combat Arena in the play store
by yhfuuhgugkjjuhrgxhuh · 2 posts
16d
Tech stack behind the game?
by vuvuzella · 2 posts
17d
Demo release date
by SleekPixel · 4 posts
19d
Will the game be free
by BlackHand987 · 2 posts
24d
Post a new topicView all posts 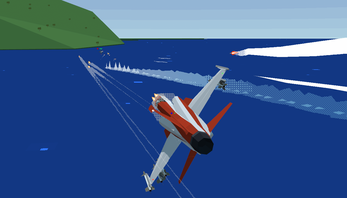 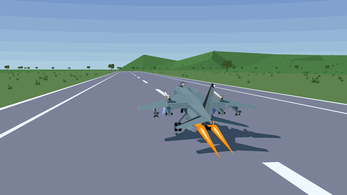 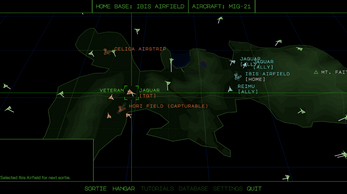 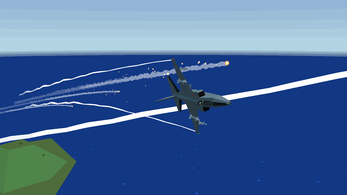 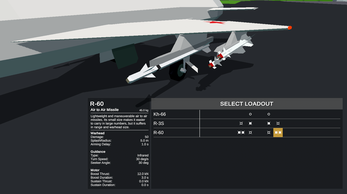 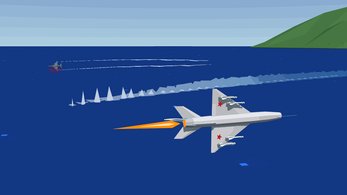 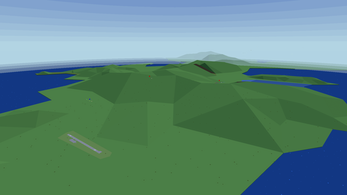 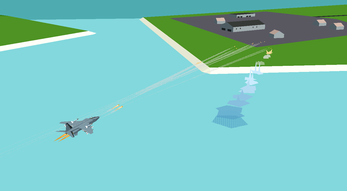