Tiny Combat Redux is an almost complete rebuild from the ground up of Tiny Combat. The original game started as one thing, but as I built it out, it started to become something completely different. Redux is the game that Tiny Combat was trending towards, but built with that purpose, and game mechanics, in mind.

Currently the game is in a very prototype/proof of concept stage. There are a lot of core mechanics missing (such as the campaign map, munitions, and hangar) that would push the game beyond the very simple arcade flying game it is now.

Choose a jet to fly around in the Arena mode and shoot at the targets. They are patrolling their respective areas and will engage you if you get too close. Each group has a different difficulty level along with different aircraft.

If you get shot down, you can restart by going to the main menu and reloading the Arena. The Campaign mode is meant to be the meat of the game, but it's currently under heavy development and not playable yet.

There are four aircraft available. I recommend flying the first two as they are the easiest to fight and fly in, but there are two more planes if you want an extra challenge.

The current flight models are very placeholder, so there's not much to flying right now, but in the future they should be more nuanced with more believable physics.

F-8 Crusader - The dogfighter of the bunch, it's the most nimble and has quad cannons that can put out a wall of lead. However, they have a low muzzle velocity and the guns aren't particularly accurate.

MiG-29 Fulcrum - The most balanced and easiest to fly of the aircraft available. Very stable, very maneuverable, and with a reliable gun.

MiG-21 Fishbed - Primarily a high speed interceptor. Is the fastest, with a balanced cannon and a very fast roll rate, but can't turn with the other planes. Its tiny profile makes it difficult to hit.

F-105 Thunderchief - Big fighter with an amazing gun. The M61 Vulcan has an obscene rate of fire and is very accurate with a high muzzle velocity. However, it is heavier and can't turn very well.

For the demo, the game is optimized around an Xbox One controller. If you have it, it's highly recommended you use it. In the future I'd like to have much more robust options for input. I can't guarantee it'll work well with other gamepads. Backup mouse and keyboard controls have been added.

There are three control schemes selectable from the pause menu.

Virtual Joystick - Uses the mouse to emulate joystick inputs. Centering the mouse on the center of the HUD will center the virtual stick. Pushing it up/down will pitch the nose up/down. Moving it to the left or right will perform a blended yaw/roll to turn the plane in that direction.

Both these issues can be resolved by restarting the game.

When I play the game, the camera is in an overhead position, and when I minimize the game or defocus it the view goes to the forward view. I think it's because the game thinks I have the window minimized when It isn't. It doesn't happen for anything else.

i only get the overhead view

but if i press windows it goes to the normal view

hey man i wanted to know how i can suport the game if you acept a man who can help you i have basic understantion of blender 3d modelation and if i can help you with something i will do it for free, i really like fly sims and the dogfightd sims are my favourite

Thank you! Right now I'm not looking for models, but if I did, here's a very rough list of the kinds of planes I'm looking for. Please don't spend any time working on something right now though, as again I don't need models right now.

Capable to run on a toaster!

This feels great! Also would buy the whole system if you go with it on Unity assetstore.

Thanks! A lot of the little elements that make up the game can be found for free on my GitHub. Releasing things on the asset store is a hassle.

understood -it's just alot of us here as mere artists with limited programming knowledge :) still, great work -and I love the style 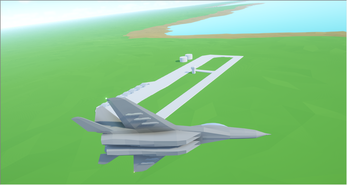 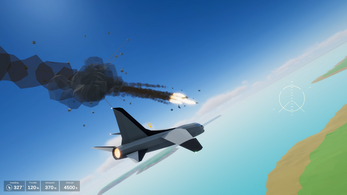 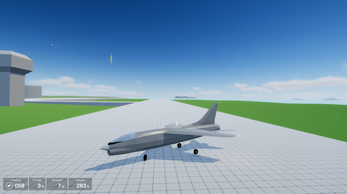 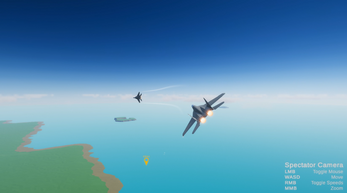