This is a special physics demo for Tiny Combat Arena. For more details, check the game's main page.

I'm putting this demo to gauge the reaction to the new flight model. I'm curious to hear your feedback. If you'd like to provide feedback or discuss your thoughts, the best avenue is through the game's Discord channel.

The purpose of this demo is to gather feedback on the new flight model. Previously, the flight model in the demo was the same one from the original prototype. The final flight model is not supposed to be a hardcore flight simulator, but many of the concepts of a real flight sim such as energy and corner air speed should still be relevant.

New features of the flight model:

It's a lot. Some of the code is still in a prototype state and will have to be made more robust for the next normal cycle release.

Some known issues to be aware of:

The engine model is still the same ultra-simplistic prototype code. Engines were tweaked slightly to reduce the effect, but right now they don't react correctly to altitude.

Trim is not correctly implemented yet. When trim is manually adjusted, you are adjusting the trim of EVERY aircraft in the mission.

Wind is currently set through debug keys. In the future, it would randomly change between sorties and be displayed on the map.

The AI are completely unchanged. They were not designed to handle this more realistic flight model, so they don't fly too well. A major revision for AI will be required.

Mouse controls have not been adjusted yet. At the moment, the game is best played with a gamepad. Mouse flight is going to get worse before it gets better.

To get the most out of this demo, and testing of the flight model, I recommend you change the control type (Escape menu) to Gamepad or Joystick. Having direct control of the aircraft will let you feel what's happening in a way that the mouse controls do not.

Only the Jaguar is available for this demo. It is designed to be a forgiving and easy to fly plane. Its engines too underpowered for it to make an excellent dogfighter, but this also makes it a great demonstrator and teacher for how important it is to manage your speed and energy in a fight. Corner airspeed for the Jaguar is roughly 330 knots, so for best results, try to fight around 330-400 knots. It'll be easier to keep your speed and turn rates up. If you fall below 300 knots, and it becomes far more slugging and turn rates drop dramatically.

Mouse controls are unchanged for the new flight model. As a result, they will feel more sluggish than before. This is partially due to the new flight model having a more realsitic sense of inertia and momentum, but it also reflects the mouse control's inefficient flying style. Since there is no way to control how hard you turn aside from moving the mouse slowly, it is easy to run the plane out of energy. If you plan on flying with the mouse, you need to be extra aware of your speed and make smooth movements.

It'll be interesting to see how the MiG-21 and F-20 translate to the new flight model. Both will fly very differently from the Jaguar. However, I want to nail down the Jaguar and set all the conventions before I update the MiG and F-20.

Designed to be a forgiving and easy to fly plane. Its engines too underpowered for it to make an excellent dogfighter, but this also makes it a great demonstrator and teacher for how important it is to manage your speed and energy in a fight. Corner airspeed for the Jaguar is roughly 330 knots, so for best results, try to fight around 330-400 knots. It'll be easier to keep your speed and turn rates up. If you fall below 300 knots, and it becomes far more slugging and turn rates drop dramatically.

A supersonic fighter through and through, the MiG-21 has a powerful engine and an aerodynamic shape. It can easily reach supersonic speeds and maintain them, but its delta wing will cause dramatic loss in speed at high angles of attack. Corner airspeed for the MiG-21 is around 400 knots, but the plane is at its most comfortable when flying >500 knots. Be very wary of falling below 300-350 knots. At those speeds, it is much less stable and will stall very quickly with hard stick pulls. The MiG-21 hates flying slow, so be sure to keep its speed up.

To use the dynamic camera, you must be in Gamepad/Joystick controls. Press O to toggle the camera on/off.

One of the experimental features I developed for this demo was what I'm dubbing the dynamic camera. It was specifically designed to help visualize the forces acting on the plane and what it was doing. For example, when using this camera and flying perpendicular to wind, the camera will be a bit lopsided because it's showing you what direction the plane is actually flying in. It also visualizes aircraft movement on the ground and touchdown better.

I've actually come to really like flying and fighting with it. The way the camera works, it happens that your own plane doesn't obscure the enemy plane the way the normal third person camera does. It makes it much easier to guess where to shoot and adjust your shot.

While playing with the new flight model I've noticed that this had a lot of little knock on effects that I wasn't anticipating.

Now that planes maneuver at more realistic speeds and turn rates, I'm noticing that combat takes place on a larger scale than it used to. Getting kilometers away from your target during a dogfight is something that just happens. The scale of a dogfight just got a lot bigger. Similarly, I'm noticing I'm getting long distance kills much more than I recall.

Most dramatically though, I've noticed that the gun is much easier to use. With these changes, it's hard for planes (or at least the Jaguar) to change direction. However it's not that simple. It'll take longer to get a shot at the enemy, but once you have one, the kill shot itself is easier. This puts the focus in a dogfight more onto the flying than the gunnery.

I'm very curious to see the player reaction to this. These changes slide the game into "more boring" territory, because you can't throw the plane around the way you could before. Dogfights last much longer, and planes (The Jaguar at least) feel slower and more sluggish than they used to. I have to wonder if it will alienate the tiny audience this game has garnered, as it's now more difficult.

I'm curious to hear your feedback. You can leave a comment on this page, but it'd be best to leave a message on the game's Discord server.

For the full control list, reference the game's README.txt or the main page for Tiny Combat Arena. 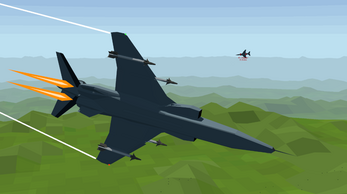 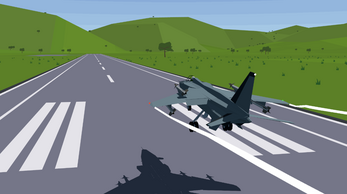 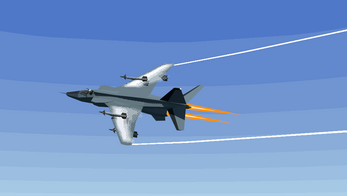 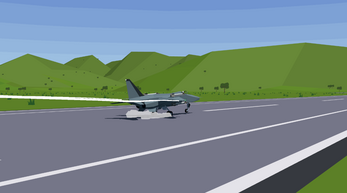