I've been working on this on and off for the past month or so. I was sort of dared on Twitter to just make a prototype of an idea I had in my head for a game, so I did.

I don't want to talk too much about my intentions, but it has a lot of similarities to what I wanted out of Tiny Combat Redux, but dramatically simplified and de-scoped so that in theory it could actually be finished.

It's worth mentioning that the prototype is testing mechanics for a game that appeals to my very specific interests. Fun is not guaranteed.

As this is just a prototype, don't expect much in the way of support or updates. Originally I wasn't even planning on releasing this, but after I fixed a bunch of show-stopping bugs that I had just gotten into the habit of working around, I figured it was stable enough to be worth putting out.

The game starts the player out in a minimally equipped fighter jet next to the runway.

Align yourself with the runway, increase throttle to 150% and start your takeoff roll. Look up into the sky in front of you and the plane will automatically pull up and take off when able. After leaving the ground, retract your landing gear (G).

There are several stationary targets (Alpha and Beta) which can be easily destroyed to unlock some more weapons. Either fly towards them and gun them down (Left Mouse), or destroy them using missiles. (Right Mouse). Keep in mind that you only have as many missiles as you can see on your plane.

Stationary targets are easy to kill with the gun, so I recommend saving the missiles for the moving targets or fast movers.

Be aware that different types of weapons can only target specific types. The Sidewinders you start out with can only target air targets. Later missiles such as the Maverick can target Land and Sea targets. What the missile can fire on can be seen in its infocard in the loadout screen.

Important to know is that the missile dynamics here are a bit more complex than your usual game of this type. The range at which you can hit a target will vary dramatically depending on the launch and target parameters. Generally speaking, the higher and faster you are going relative to the target when you launch a missile, the further the missile can travel before it runs out of steam. The AMRAAM section of the demo video (4:07) has a quick demonstration on this.

Altitude and speed can be the difference between struggling to hit a target 5 miles away, to being able to reach out and touch someone from over 10 miles. The Fast Mover target types are the best way to visualize the differences. They've been placed all over the map at various altitudes.

Once you have run out of weapons, it's time to rearm and mount any new weapons you may have acquired. To land, align with and fly towards the runway with as little speed as you can (ideally <200 knots). Lower the landing gear (G). Aim to touch at the end of the runway closest to you. Once the wheels are on the ground, use the wheel brakes (S).

Once on the ground at the airfield and at a complete stop, bring up the loadout menu (L) and load any new weapons you want. It doesn't matter where on the airfield you are, as long as you are at the airfield. Once you're finished, exit the loadout screen (Escape). After taking off, experiment with the different weapon types by manually switching between them (Left/Right Brackets).

The prototype is currently designed around a mouse and keyboard control scheme. It's fairly intuitive, so I don't think much needs to be explained about the flight itself, however you should be aware of the various keybindings.

Note that the keyboard flight controls for pitch/yaw/roll are overrides for the mouse. When these keys are pressed, mouse input is ignored until they are released.

For reference, here are some quick descriptions of the weapons and enemies that you will encounter in the prototype.

The full feature list is available at this Google document.

Awesome job! The game I want to make one day... soon.

Left and right brackets. I forgot to put that in the description. I'll update that now. 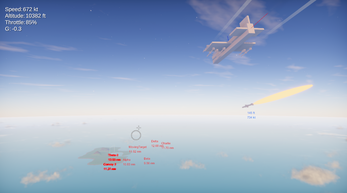 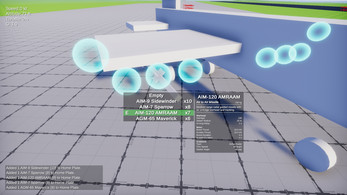 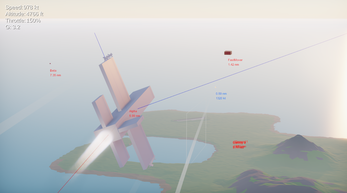 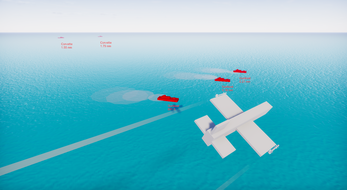 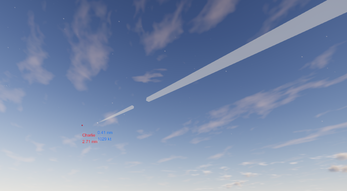 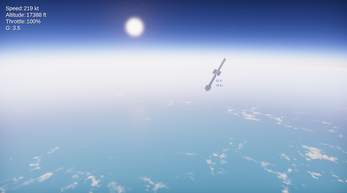